order generic Lyrica online KST is privileged to have a high quality team of Tutors making up the Faculty, in addition to the Staff team. They bring high quality theological education as well as extensive church and ministry experience.

Barnabas is a Lecturer in Philosophy of Religion at King’s College London and a Junior Research Fellow at Oxford University. His research investigates how theology can guide responses to refugees and immigration. He grew up in the Salt & Light church in Basingstoke, and later helped plant Community Church Harlesden in London where he continues to preach every few months. He lives in Oxford with his wife, Silvianne, and daughter, Estelle. At KST he is a member of the Theology and Biblical Studies Track team and teaches on hermeneutics, the doctrine of God, the problem of evil, and the theology of refugees. He runs the podcast Faith at the Frontiers. 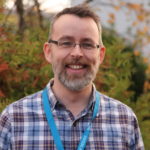 Peter is a member of the Theology and Biblical Studies Track team. He teaches on various subjects including Romans and Wisdom Literature. Peter is associate pastor at Rugby Baptist Church, where he lives with his wife and son. In a previous life he worked variously as a web architect and developer, Church of England minister, and theoretical physicist. He has a BA in Theology from Oxford and a PhD in physics from Radboud University in the Netherlands. 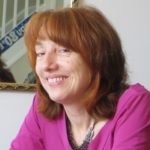 Cherryl holds PhDs in Biological Sciences and Theology, both from the University of Exeter. Her key interests include Paul, the use of the Bible in ethical reflection (especially bioethical topics) and how the people of God can be encouraged to engage more deeply with the Bible. Currently Cherryl is Academic Registrar and tutor for South West Ministry Training Course (SWMTC). She occasionally teaches elsewhere, such as KST and Christians in Science.
Cherryl’s publications include Greening Paul: Reading the Apostle in an Age of Ecological Crisis (Waco, TX: Baylor, 2010), co-authored with David G. Horrell and Christopher Southgate. A series of four papers in The Expository Times are drawn from her PhD thesis, and examine ways of promoting deeper biblical engagement and understanding among ordinary Christians. 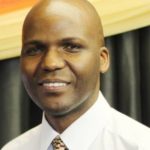 Anderson Moyo is the Senior Leader of Sheffield Community Church, a growing multi-ethnic church which he and his wife planted over a decade ago. Anderson also oversees Faith Ministries UK and is a Faith Advisor in Sheffield Hallam University. He holds postgraduate degrees in Leadership and Management, and Organisational Change and Consultancy from his native Zimbabwe, and a Doctor of Ministry (Diasporic Missiology) from Asbury Theological Seminary (Kentucky, USA). 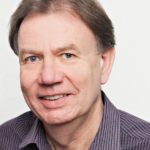 Mark Mumford was based in the city of Derby, UK for over 30 years, leading an area church called East Midlands Christian Fellowships. The church developed and grew from small beginnings to a church that is based in several locations around the East Midlands, including 3 cities. The main hub church in Derby became a multi-cultural church, working with many different types of people, including refugees and asylum seekers from the Middle East. Mark also lead a team that oversees a number of other churches around the UK. His leadership and pastoral experience has extended over 4 decades. He has a passion for the church to become more influential and for it to demonstrate good news and hope to a divided and troubled world. ow retired, he lives in Worcester. He has 3 grown-up children, and currently 10 grandchildren (mostly grandsons!). 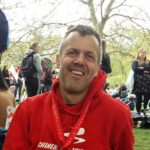 Phil is a long-standing member of the KST Executive Team. He is Team Leader of Basingstoke Community Churches and leads the Forge group of Churches. Phil holds a Masters in Biblical Studies from Regent College, Vancouver. He is passionate about ‘the Big Story’ and narrative approach to scripture. His specialisms include John’s Gospel, the Holy Spirit, life of Jesus and exegesis. Currently writing a devotional on the Big Story for use in churches, Phil’s has also published on the topic of Relational Community, drawing on the relational nature of God and how it impacts our identity, shared life and mission. He is also a keen marathon runner. He claims it helps him fight the years and keep the youngsters at bay! 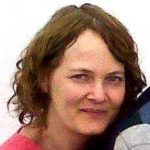 Ruth Norris is currently completing a PhD in Biblical Studies at the University of Cambridge and is the KST Academic Dean. She primarily teaches on the KST Biblical Studies track. Ruth holds a Master’s degree from Regent College Vancouver. Prior to this she was a secondary school music teacher, and schools outreach leader, evangelism trainer and ministry team worker for Basingstoke Community Churches. Ruth served as part of the Salt & Light national evangelism council and worked evangelistically both locally and in Sweden. 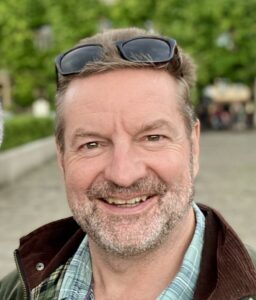 Ian Paul is a freelance theologian, writer, speaker, adjunct professor of New Testament at Fuller Theological Seminary, and associate minister at St. Nicholas’ Church, Nottingham, England. He is the author of Revelation (TNTC) and coeditor of Preaching the New Testament. Ian is the Managing Editor at Grove Books Ltd and blogs at Psephizo. He has particularly interested in issues of leadership and mission, preaching, and how individual Christians and congregations encounter Scripture and experience it as life-transforming. 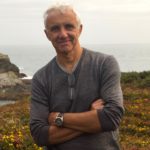 Andrew has a first degree in English Literature from Oxford and postgraduate degrees in Biblical Studies from the London School of Theology, of which he is an Associate Research Fellow. He currently tutors and marks for LST’s distance learning MA in Aspects of Biblical Interpretation. He is the author of several books including Speaking of Women: Interpreting Paul, The Coming of the Son of Man, New Testament Eschatology for an Emerging Church, and The Future of the People of God: Reading Romans Before and After Western Christendom. He blogs indefatigably at www.postost.net. Alongside his teaching and writing he works with Communitas International, an organisation whose mission is “to establish churches who follow Jesus in transforming their world”. He is married to Belinda, and they are part of Westbourne Grove Church in London. 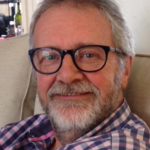 Now retired, David was a head teacher for twenty-five years in both the state and independent sector including an international school in South Africa. He was also Principal Adviser in Hampshire County Council for four years and a School Inspector for three. David graduated from the University of Wales in Biblical Theology and History in 1971. He holds a research Master’s degree on demography in the 16th & 17th centuries and a PGCE, both from Exeter University. He is visiting lecturer at Bulmershe College (now part of Reading University), Exeter University and North-West University (South Africa). 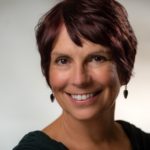 Gill is an artist and teacher who holds an MA in Christianity and the Arts from King’s College, London. She studied at Regent College, Vancouver, Canada and has taught summer schools at the Grünewald Guild in Washington State, USA, and at Carey Theological College, Vancouver. She is now a Pioneer Priest in the Arts in the Church of England. Gill is the co-author of Imaging the Story, has contributed to The Creative Church Handbook (2015), and her paintings have been exhibited at Southall Minster and Alençon in France. 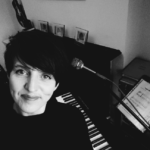 Gaynor is the Track leader for Theology and Christian Spirituality. She studied at King’s Bible College and Training Centre in Oxford and then spent nine years on the leadership team. Gaynor has a passion for everyday spirituality and exploring how theology and spiritual practices interact with community life, learning, family and workplaces. She has a particular interest in how the creative arts shape and form our theology and practice as individuals and communities. Gaynor lives in Derby and spends her week as a piano teacher, as part of the Synergy network team, leading a house church called The Source, as part of the World Horizons Derby team and leading a community choir. She is currently studying for a Certificate in Song Therapy. This leaves plenty of time for baking, drinking coffee and watching Eastenders. 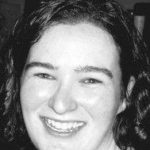 Jen is a former Academic Manager at KST.  Jen is a qualified teacher whose career started teaching modern languages in secondary schools. She has a Master’s degree in Theology from Fuller Theological Seminary and is currently a post-graduate researcher at the Queen’s Theological foundation where she is researching the work of John Hull. In her spare time, she likes to enjoy time with friends; the Saturday Times Crossword; watching Liverpool; baking cakes and taking photos. 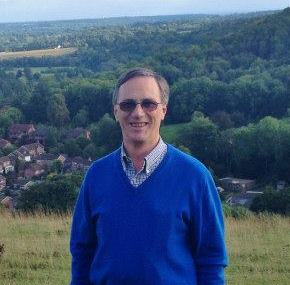 A former IT consultant, Greg completed a post-graduate Diploma in Christian Studies at Regent College, Vancouver in 2009 and returned to become Pastor of Community Church Tadley in 2010. Since then he has also completed a post-graduate Diploma in Applied Theology (Christian Leadership track) from Moorlands College. Greg is also a trained Civil and Commercial Mediator. His interests include Biblical Theology, Apologetics, Biblical languages, and the interface of theology and culture. An ‘all-rounder’ within the team, he lectures on the Bible, Reformation and post-Reformation history, and the Theology and Christian Spirituality Track.

Michael has an MA in Theology and works for the Methodist Church helping promote and support the development of Biblical Literacy. He is part of KST’s Theology and Biblical Studies team and has taught on a variety of modules – including Genesis, Revelation, Romans, Wisdom Literature, and The Work of Jesus. He is passionate about enabling people read the Bible with greater confidence and expectancy and has a particular soft spot for Paul who he thinks sometimes gets an unfairly bad rap. Based in Derby, he worships as part of The Source with Simon and Gaynor Shaw. In his spare time he enjoys good food, good drink and good board games with friends, supports LFC and blogs at www.theologicallychallenged.co.uk 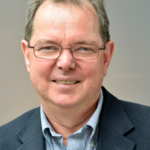 Rikk Watts is Research Professor of New Testament at Regent College, Vancouver, Canada and Dean of Theology at Alphacrucis College in Australia. He originally trained as an aeronautical engineer, then worked with IBM (studying philosophy, art history, and sociology on the side!), before joining a parachurch Christian organisation working in public schools and providing crisis accommodation and rehabilitation for the poor. He teaches on the first year module Jesus and the Gospels alongside Dr Andrew Perriman. 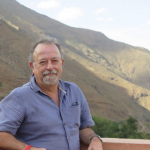 Roy was Director of Kingdom Trust between 1984-2016, Chair of Lion Publishing 2011-2016 and lecturer in Ethics and Social Theology at St John’s College Nottingham between 1984-2015. He is currently National Disability Adviser for the Church of England and Vice-President of Livability.
He has authored over a dozen publications, including The Enabled Life: Christian Reflections on Disability (SPCK: 2013). His role with Third Way Magazine has seen him conduct over forty interviews with politicians and other opinion formers. Roy holds a BSc and MSc in Economics from Queen Mary’s, University of London. He is leader of the 9OC service at St Nics, Nottingham, is married to Helen and has three ‘grown up’ daughters. 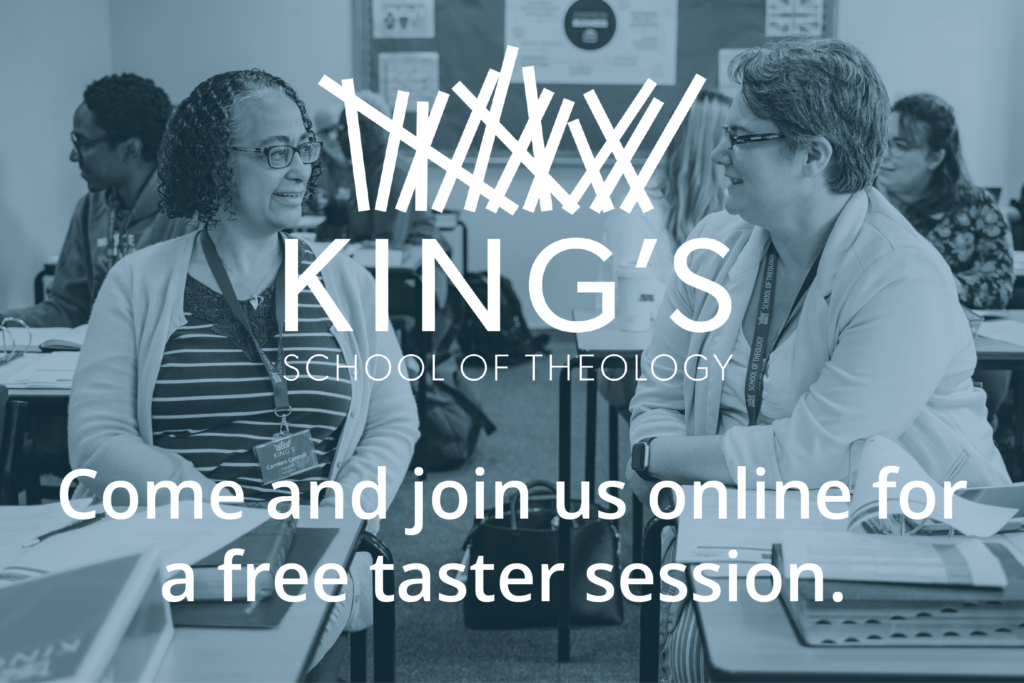 Sign Up to our next FREE taster day to see if KST is for you!
Click Here to Register
Our Taster sessions are the best way to find out more information about KST.
Register above and we will send you details for you to join the webinar. You will hear from staff, current students and gain access to a short taster lecture.
10:00-11:30am Saturday 16th July 2022