Why we need to Study Theology

As I watched my Grandson, Daniel, dressed as a donkey in his nativity play, with all his classmates as kings, shepherds and angels visiting Mary and Joseph in the stable, I began to wonder what the Bible actually says about the birth of Jesus.  I went back to the Gospel accounts and was quite surprised how little was recorded of this very familiar story.  Only Matthew and Luke mention the story of Jesus birth. The Bible records that Mary, who was pledged to be married to Joseph, was pregnant by the Holy Spirit.  The angel Gabriel had visited both of them to explain the situation.  They did have to go to Bethlehem, where the child was born.  We don’t know how long they stayed there.  At the time of Jesus birth there was no room for them in the Inn, so we don’t know where Jesus was born, only that his crib was a manger. Luke mentions the shepherds, who were told of the birth by a host of angels and came to visit the baby.  Matthew talks about Magi, not kings, Magi were wise men, possibly astrologers as they followed a star, they did bring 3 gifts of Gold, Incense and Myrrh, but there was no mention of the number of people in the group.  In those days, the chances are they would have travelled in large groups with servants, for safety.  The timing of their arrival is not clear either.  We know it was in the reign of King Herod, but it could have been up to 2 years after Jesus birth, because Herod had all baby boys under 2 years old killed, when he found that the Magi had come to look for a king whose star had appeared at that time. When we hear the stories we grew up with from an early age we tend to accept them, but when we go back to the source of these stories we sometimes realise that they have been added to or distorted.  This is why it is so important that we don’t just accept, with blind faith, everything we are told (even in church!), but check it out by going back to the source, in this...

The first waking thoughts of the day can often be confused, random and sometimes just weird. Today’s fits neatly into ‘random’, as this morning I awoke with a simple question: What is the Bible’s longest word? Usually these fleeting thoughts are quickly forgotten as my brain starts to connect with more pressing matters of daily reality. But today that thought has stuck with me and developed into an interesting and ongoing distraction. So What Is The Longest Word? Questions, questions, questions! How should I measure? Should I just count letters? Does the language matter? Should I consider English or original Hebrew or Greek? Do names and places count? What about hyphenated words? Why I am still thinking about this when there are things to be done today? Focus. Time to move on… or maybe not… maybe there’s another way of considering the question. John’s gospel starts with a whole chapter about the Word. This Word he says existed in the beginning. Echoing the opening verses of Genesis, this Word was in existence even before the creation of the world. More than that, this Word is the very nature of God himself. He is part of the Godhead, without beginning or creator. In his prologue John sets out to clearly state the eternal and divine nature of Jesus Christ. Here was a man who walked the earth in in the first century AD, yet John describes as having existed since before the creation of the world. The same writer describes the Word again in the book of Revelation connecting the beginning of time to the end. The Word he describes is someone who was before, will remain after and has spanned the whole of known time. At the end of his vision of the future it is the Word who is seated on the throne as his creation gathers for an eternity of worship. It is a strange concept to consider, when human life seems so governed by time. The nature of God’s creation brings order to my days, seasons and life. So there is a wonderful conceptual barrier to understand how anything can live beyond the constraints of time that we recognise. Yet this is what John calls his... 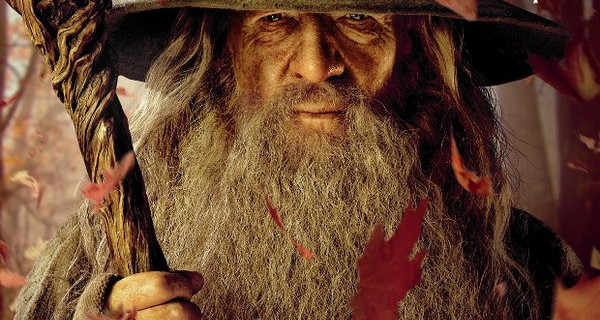 An Unexpected Journey to a True Fast

One thing I love about the Lord of the Rings trilogy, and The Hobbit, are the quotes that cause me to stop and think about the truths they contain.  They are statements of hope and faith, against the odds, and with evil and darkness pressing in on all sides. With the launch this Christmas of the second film in The Hobbit trilogy, it was time to watch again the first Hobbit film in preparation for the trip to the cinema. I was not disappointed as I watched An Unexpected Journey. Galadriel, the Lady of Lothlorien, asks Gandalf why he was taking Bilbo on this quest with him. In reply Gandalf responds, “I don’t know. Saruman believes that it is only great power that can hold evil in check. But that is not what I have found. I have found that it is the small things, everyday deeds of ordinary folk that keeps the darkness at bay. Simple acts of kindness and love.” This reminded me of another of my favourite films, Evan Almighty. This tells the story of a newly appointed Congressman Evan Baxter wants to “change the world” according to his election campaign. Various strange events start to happen until finally God meets him and explains how he wants him to build an Ark. Eventually, dispute the ridicule and his family temporarily leaving him, he builds the ark and saves many people when a dam bursts. At the end of the film God reveals to Evan the significance of the ARK – that the way to change the world is one Act of Random Kindness at a time. The implication is that the way to make a difference in our communities and transform them is the same: simple acts of random kindness and love, the everyday deeds of ordinary folk. This is what will hold back the darkness in our own communities and society. In Matthew 25:31-46 Jesus speaks about how the Son of Man will judge the nations as a shepherd separates his sheep from the goats. Some will be commended and rewarded for giving of themselves, for they gave food to the hungry, water to the thirsty, they invited strangers into their homes, provided clothing, cared...

Bookcases, Lattes and the Restoration of my Soul

I often hear the Bible characterized as an instruction manual. But instruction manuals are mono-layered, have a single purpose and method. If I want real, life-giving, applicable, intimate advice, I don’t go to my IKEA flat-pack furniture manual, I go to a close friend. A well-chosen friend can offer me what the manual can’t. They still offer instruction, sure, but their words mingle with empathy, love, care, respect and all manner of other emotions to offer an experience-drenched interaction, not just a dry, lifeless transfer of information. If we believe that the God of the Bible chooses to reveal himself through the Holy Scriptures found in the book the Church refers to as the Bible, then he invites us to engage with a friend at the kitchen table, not a bullet-point, bookcase instruction manual. Allow me to explain what I mean: Among all Old Testament passages, Psalm 23 and I became deeply acquainted when I was a child and have been good friends ever since. However, after having muttered Psalm 23 under my breath, I do not feel an immediate sense of deep equipping (although I’m sure God works in this way too). My first reaction is “ahhhhhhhh”. I breathe more deeply, its poetry washes over me and I inextricably feel more whole than before. Psalm 23 has become part of my journey – or I have become part of it, as I am literally led beside the waters and made to lie down in the pastures and in the process I begin to understand what it means to be restored and pursued by the things of God’s heart. Recently though, my friendship with Psalm 23 took an interesting turn. I learned to speak its language. I learned how to read Hebrew. The process of being invited to access a Psalm I knew so well in a totally new way felt a little like what I imagine it is to be asked to be someone’s best man. It comes with a deep sense of privilege but equal sense of responsibility. Only one verb in Psalm 23 (other than ‘to be’) appears more than once, which is significant, arguably pivotal, in a short Psalm such as Psalm 23 (only 6... 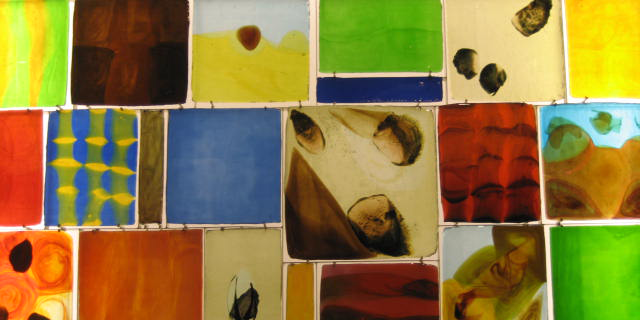 What is Hermeneutics and Why Does it Matter?

Hermeneutics gives us the power to choose how we interpret the Bible, so we aren’t just swept along by the assumptions of the culture around us

Sign Up to our next FREE taster day to see if KST is for you!
Click Here to Register
Our Taster Days will be going ahead as scheduled, but now we will come to you!
Register above and we will send you details for you to join our Taster webinar.
You will hear from staff, current students and gain access to a short taster lecture.
10:00am – 11:00am Saturday 18th July